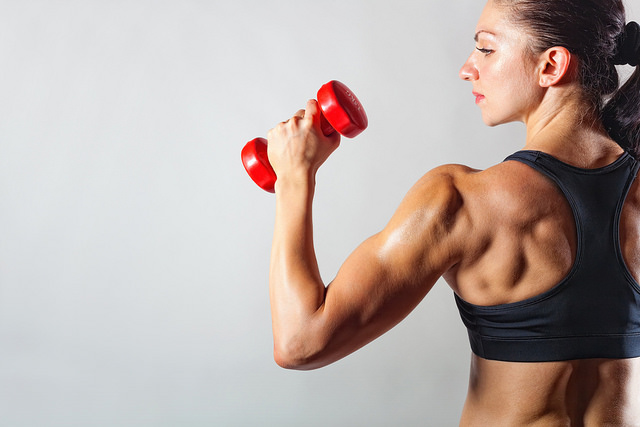 With swimsuit season right around the corner, staying healthy and getting in shape is no doubt on your mind right now. As you tone your abs and bulk up your biceps though, consider these tips on making strongly-produced videos that will give you a healthy return on your investment.

1. A Moving Camera is a Healthy Camera

The human eye instinctively notices and follows movement, so a well-produced video should typically feature at least one major camera movement. Dolly shots – where tracks are laid out and the camera tripod is placed on a wheeled platform – create a feeling of kinetic, almost magical movement, while crane shots show off the scale of a location better than even the most well-composed static shot. Just like with exercise, movement is essential to keep people engaged and fully in-the-moment.

2. Make their heart rates pound and then hit them with the payoff.

Just like with a good workout, a good video should send your heart racing and build up to a satisfying emotional payoff. Montage – the effective and well-executed intercutting of images – functions as one of video’s most effective formalistic tools. When used well, it efficiently communicates a great deal of information while grabbing and holding the viewer’s attention to the point where they almost can’t look away. A good montage doesn’t just provide aimless thrills though. Once you’ve raised the viewer to an emotional peak, hit them with a final element – a slogan, a location, a personal appeal – that will tie your video together for them and make them feel justified for giving you their undivided attention.

3. Ease up on the non-essentials

Just like too much junk-food turns muscle to fat, too many shameless gimmicks can sap the strength from a video. In order to not cross the line of good taste, ask yourself ‘do I really need this?’ Special effects like dissolves, text or computer graphics may look eye-catching by themselves, but are they what your video needs to be effective? A good video, like a well-toned body, should look streamlined and solid, without any frivolities to distract you from the meat-and-bones of your message.

Sometimes you don’t get exactly what you want on the first try. Just like going to the gym though, persistence and repetition are what counts. Re-making or even just adding a few new touches to an old video can go a long way towards improving your company’s image and we at aideM Media are committed to producing as many cuts and re-cuts as it takes to get you what you’re looking for in a video.