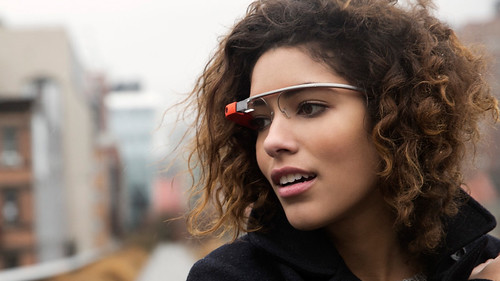 You’ve heard the rumors. You’ve seen the photos. And now, you get to hear the truth.*

* – The ‘truth,’ in this particular instance, is one man’s subjective opinion plus some easily verifiable facts coupled with pure speculation. Sort of like what you’d hear from that ‘Ancient Aliens’ guy, I guess. 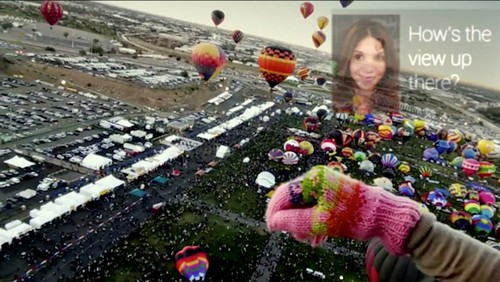 By now, you’ve probably heard plenty of stories about Google Glass, though chances are good you havent seen one for yourself. As per the Tech-Wonk Handbook, it looks a lot like a Star Trek prop and projects an aura of mystery and desirability, which is great for Google considering that its still technically in development. It promises to revolutionize the way we use the internet by giving us instant, hands-free access to it day or night from anywhere on the planet. If you can stand to be seen wearing a headset over your right eye, you can update your Facebook status while skiing down Mt. Everest or shoot video as you box your way to a heavyweight title or have a web chat with your boss as you ski-dive into the Grand Canyon. At least, that’s how they’re selling it.

Log onto the official Google Glass site and you’ll be hard pressed that this game-changer still hasn’t hit the streets. Phrases like Make Glass your own and Go ahead, take it outside pop up as you scroll through photos of plucky twenty-somethings sporting the Glass headsets. There’s already three styles Edge, Classic and Active to choose from, plus a brand new (deluxe?) line called Titanium. (How exactly something can be classic when its still in its test stage is never quite explained. In any case, the color appears to be the only real difference. Apple should consider a lawsuit.) Intrigued? Don’t chuck your smartphone out the window just yet. The How to Get One link takes you to an application for the Glass Explorer Program (anyone claimed that for their party’s event name on Facebook yet?) where you’re choices are to sign up for a newsletter or put your name on a waiting list. So much for taking it outside.

Though Glass will undoubtedly cause waves when it hits stores, will it really change the way we use the internet? Watching the demo video provided on the website, its hard not to be amazed by the variety of features and the browsers (supposed) responsiveness. Taking a POV video while you do trapeze acrobatics? Who could pass that up? But then, will you still want to use it after all of the people leave and you’re hanging backstage with the Bearded Lady and the Conjoined Twins? For most of us, there comes a point where wed rather experience our life than document it and once you reach that threshold, accessibility and features become a moot point. If you take Google Glass off and put it in your pocket, will it still be a miracle of invention when you take it back out or will the ghosts of tech crazes past have magically transformed it into just another relentlessly-trumpeted smartphone?