Eli Baldrige, blogger for aideMMedia, recently attempted to make a homemade commercial. In the process he lost his brotherhood, sanity and two weeks of his life. Read what he did wrong and check out our list of things to take into consideration when making your own video. 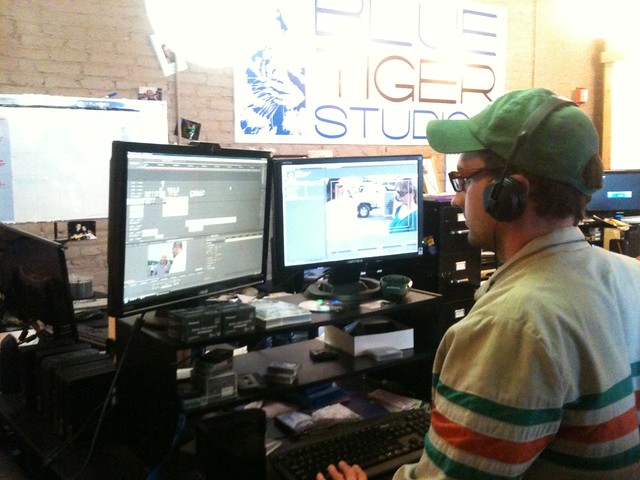 Sean from aideMMedia editing video at the studio

AideMMedia is shooting a video this week that offers advice to the home-filmmaker, student filmmaker, or DIY small business filmmaker/marketer.

A straw, that cools hot liquids to the perfect drinking temperature.

Last Friday, my brother came to me with this predicament: He recently patented a straw that allows people to drink coffee or tea without burning themselves. Now, he wanted a video to show to potential investors.

Being a college student, with no real equipment except a 9-year-old family video camera that looks like it was used to make silent films in the 1890s and a slow laptop with missing keys and basic editing software, my hopes were not high. Actually, my hopes didn’t exist. Factor in our sibling rivalry, and this project seemed to be headed toward an inevitable failure. 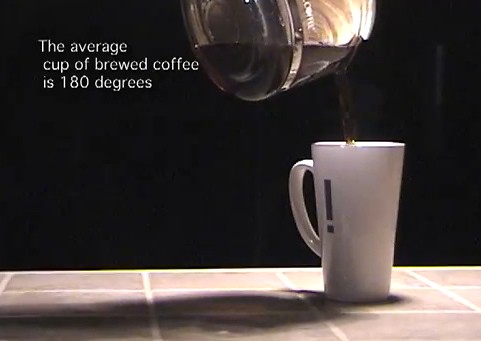 I found an old spot light in the garage, which I think my grandfather used to use for deer spotting, and hadn’t been touched in a decade. There were more species of spiders living inside of it than the Amazon. This, was my lighting.

Digging through an old electronic drawer, I found a telephone headset that had a mic hook-up. Surprisingly, my brick-of-a-camera had a mic input. This, was my sound.

Our first mistake was not making a timeline or storyboard. We got the equipment out, and stood in my living room with our hands in our pockets dumbfounded on what to do next.

We decided to spend two hours filming coffee being brewed, only to throw out all but a four-second clip during editing. The footage turned out to be more wasteful than the galloons of coffee we just poured down the drain. 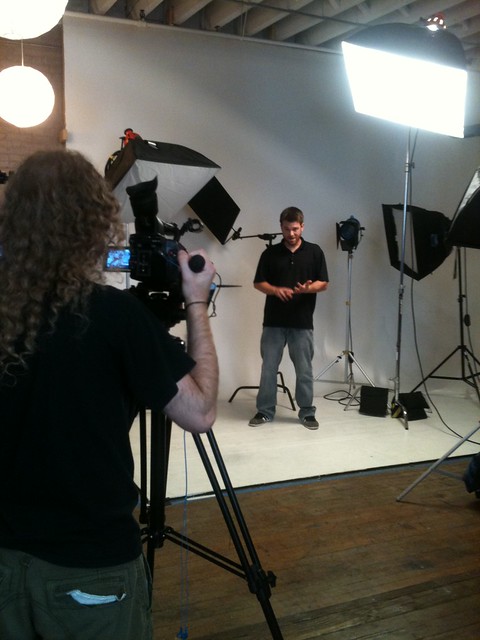 I also filmed an interview with my brother explaining the invention. With no real guide or script it ended with my brother peeling out of the driveway with his middle finger in the air due to, lets just say, "artistic differences."

Now not on speaking terms, my brother filmed the rest of it on his iPhone (which, for the record, was better quality than my camera). He emailed me the clips and I put together the two-minute long commercial.

It turned out decent. But the decency was at the expense of my brotherhood, a week of my life and my sanity.

I told Derek about the experience with my first commercial and he gave me some pointers. Turns out, we are shooting a video here at aideMMedia offering advice to the up-and-coming/student filmmaker,home-filmmaker and DIY small business/in house video makers. (Why couldn’t I have waited a week to make my video?)

Here are some things you should think about  and plan when you attempt to make your own video:
(All of these topics and more will be covered in our informative course)

By the way, my brother and I are speaking again. At least until he comes up with another invention.

Have you attempted to make any videos yourself? What challenges did you face? What did you feel went well with your project(s)?