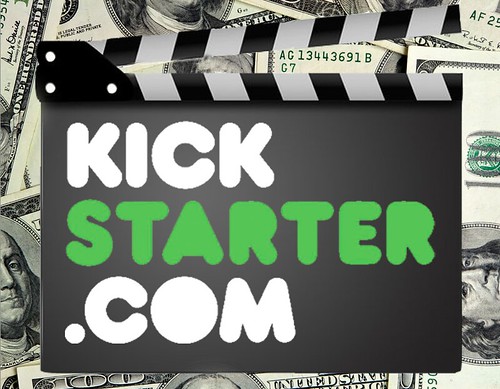 Recently, we have been called upon to create videos for a cause, helping to raise money for creative projects through Kickstarter.com. We love to create video and to support the arts so this is a very exciting time for us, and we are psyched to share the news!

For those of you living under a rock, Kickstarter.com is the worlds largest funding platform for creative projects. Basically, it is a website where people can go to raise money for their creative projects, or to donate to support those projects that excite them. The project creator sets a monetary goal to reach, and may only collect the money pledged if the full goal is met within a set time period. To incentivize people to contribute, the user can offer rewards for each level of donation. Once someone chooses to donate, a credit card is held on file until the goal is met. If the goal is not met, Kickstarter does not charge the donors cards.

Each project has its own Kickstarter page, which describes the project and outlines the goal and offerings. Some users choose to include a video on the very top of their pages, which proves to be a really important element fundraising. Rather than having to read through the entire Kickstarter page, potential donors can watch a video and get a full comprehensive understanding of the project. And dont forget, as we explored in a previous blogpost, it is in our DNA to respond to video better than any other form of media.

Here is the video we made for Pinkerton Roads Moebius:

Jane Jensen and Pinkerton Road Studios chose to set a goal of $300,000 to reach within a time span of 40 days. In a time crunch, they called on us to shoot and produce the video above, which they posted at the top of their Kicksterter site. After only 27 days they met their goal, and by day 40, Pinkerton Road raised $435,316 through the website alone! When we caught up with Jane, we asked her about her experience with Kickstarter. Video, she said, is critical to a Kickstarter campaign. In fact, Kickstarter.com featured the video we produced on their blog, which you can read here. Because of this additional exposure, Pinkerton Road gained more traffic, contributing to their success.

Jeff McComsey of The Fictory has used Kickstarter for several projects, and agrees that the use of video is crucial. It is, the first thing that gives [someone] an idea of the quality of the project. Also a donor to several projects, Jeff will hesitate to pledge any money if the video on a site looks like it is just slapped together. So not only is video so important, but a high quality video will get a creator the optimal amount of funding. Needless to say, Atomic Robo was very successful for the studio – they even raised $6000 out of $12,000 in a half of a day! Jeff is certain that they also raised some fans, which is another very valuable effect of Kickstarter. Funding for a project is important, but fans and dedicated supporters are priceless. Click here to see the successful campaign.

A final project that we want to share with you comes from a crew making a BMX film – Blue Trail Entertainment. This is a campaign, active through July 14, 2012, to raise funds to complete the studios first full-length feature film, Heroes of Dirt. Watch the Kickstarter video below:

Although we did not produce this video, we really believe in the project and are very hopeful that Blue Trail Entertainment will be successful in reaching its goal of $50,000. We spoke to Producer Jill Bugbee, who was kind enough to share her insight on Kickstarter and the importance of video for the campaign. Jill strongly believes that a Kickstarter video is key for the success of the project. Because everything [for] this generation is video-based, people dont have the time [to read through all of the text].

It should be easy for a person who may back your project to learn about it not a chore!

Also, Jill believes a video really shows that the creators have everything in order, and will have a legitimate product. She agrees and stresses that it is important that the video be of quality especially if the project for which one is raising money is a film itself. Without a good video, you dont have a good representation of what your project is about, says Jill.

Jills video is going viral, and more and more fans are liking Heroes of Dirt each day on Facebook. Click here to check out the Facebook page, and click here to see their Kickstarter page.

If you were going to look for support, what kind of project would you take to Kickstarter.com?