No, this is not Hollywood, this is Lancaster. Over the last six months Lancaster has been a hotbed of film and video production. Mount Joy will soon be known for more than Cincinnati Reds outfielder Chris Heisey, when a feature-length movie comes out later this year, titled after the small town.

"Mount Joy" is directed by Jack Lewars, a Penn State graduate who grew up in Lancaster County and currently works for a film, video and digital media company based in New York. The "coming-of-age" plot tells a love story by intertwining Lancaster’s teenage indie rock scene with the surrounding Amish country. The release date is not set, but the crew will be back in March finishing up some additional shooting. The movie features plenty of Amish landscape and familiar venues such as the Chameleon Club, which is also featured in another full-length film project.

Our friends at Postage VFX, located at the heart of downtown Lancaster, released their feature documentary about the Chameleon Club in January to kick-off the Ware Center Film Series. The story is told by former and current employees, owners and band members. The passion for music in the legendary venue is captured through the voices of Chad Taylor of Live, Mike Bitts of The Innocence Mission, JB Burkholder of August Burns Red and many more. 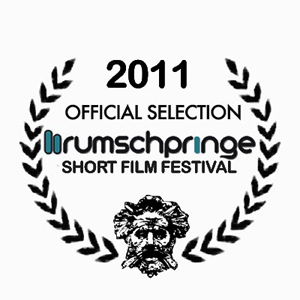 But these films are not the only Lancaster-centered premieres. The Rumschpringe Short Film Festival received entries from all over the world and debuted the films during September and October at the Theatre of the Seventh Sister and Tellus 360. The festival received 63 entries from the United States, Australia, Syria, Colombia, Iran, UK and many more. There was a specific Home Grown category during the festival which was exclusively for Lancaster-based teams.

Lancaster’s film lovers can keep themselves occupied during the next few months as the Ware Center Film Series continues at 42 North Prince Street with new films every week. For tickets and a list of films to come, click here.

Lancaster is now a hub of film and video production. And we are thrilled to be a part of it.

Have you checked out any of these screenings or events ? Will you see the film "Mount Joy?"