Water Street Rescue Mission did not have a good year with donations. However, a successful December helped change that, and set a positive tone for 2012. 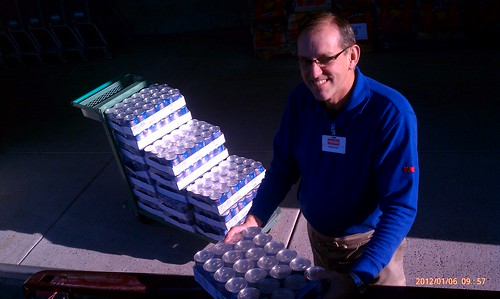 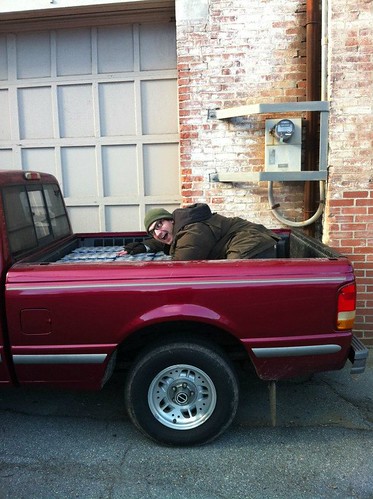 "We are truly grateful," Maria Schaszberger, who is head of communications for Water Street Ministries, said. "It’s a great example of the kindness and generosity of Lancaster County."

Water Street Rescue Mission, an organization that helps individuals move out of homelessness in Lancaster, hosted its perennial holiday food drive through the month of December and received an overwhelming amount of donations, despite being a down year in food donations overall.

That 75,000 pound decrease resulted in a steep 25% dropoff from the previous year. Schaszberger went on to explain that in 2010 an average of 50 people would stop by to drop off donations daily, but in 2011 there were only 5-6 drop-ins per day on average.

"There’s a lot of factors, I think the big one was just an increase in the cost of food and living expenses in general," Schaszberger said.

But Schaszberger is extremely grateful for the successful December food drive and says that, at times, even herself has a hard time understanding how important the food donations really are.

She remembered a particular story about one young woman who became parentless at age 15. After wearing out her stay surfing the couches of  friends, she decided to come to Water Street Ministries. Eleven years and three kids later she said the mission is what kept food on her children’s plates and allowed her to keep her life together.

"Food donations are about keeping families together," Schaszberger said.

But food isn’t the only donations accepted at the Mission. 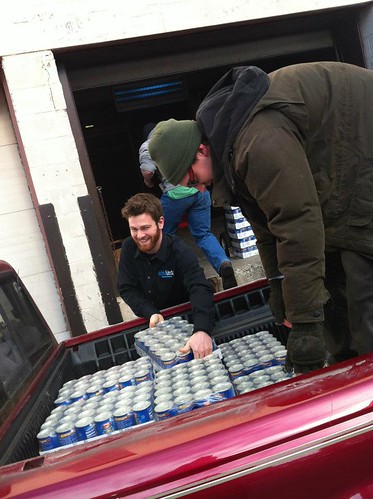 "It’s because of several members’ faithfulness throughout the year we can keep doing what we are doing," Schazberger said.

A wishlist of current items needed, as well as information on types of food that are able to be donated can be found on the Water Street Ministries’ website.

After you make a donation, the food either is distributed directly to people in need throughout Lancaster, or sent over to the kitchen where they make hot meals to share with the homeless.

In honor of our 700th "like" on our Facebook page, we decided to help Water Street Ministries’ December food drive and donated 700 cans of chicken noodle soup. We loaded up the truck full of soup purchased at Weis Markets and dropped it off at the Mission, which is located at Prince and Conestoga.

Nothing like giving back, and we ask you to keep up the donations so we can make Water Street Ministries’ 2012 a better year than last!