As a part of my internship here with aideM Media, I was able to create a 60 second film for Fine Living Lancaster’s 60 second film festival. Telling a story in sixty seconds may seem like an easy task, given that you only need to fill a minute of screen time. I found the limited amount of time, however, to be too short for many of the story ideas I came up with. Even after I came up with a story line and filmed it, I struggled with editing the footage down to that 60 second marker. At one point I was deleting single frames from each shot to reach the set time. Now don’t get me wrong, I enjoyed making the project immensely and learned so many filmmaking lessons along the way. Sometimes creating something short and sweet helps you to realize the true meaning of your film.

Here is a behind the scenes shot of us working on the film. 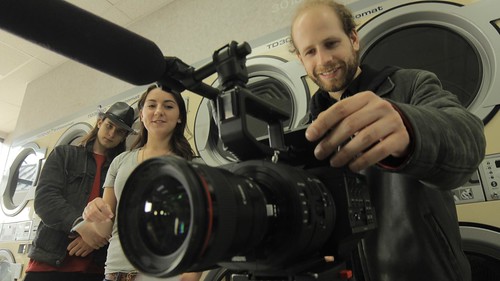