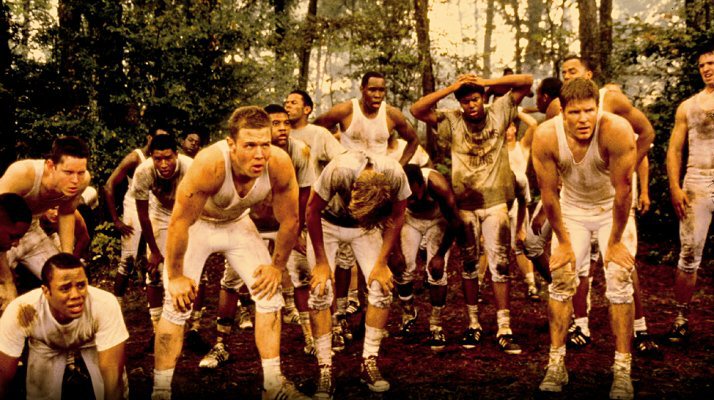 1. Remember the Titans
Though it’s a bit more ‘story’ than ‘true,’ this tale of integration in a small town calls all the right plays when it comes to inspiring drama. While we’ve seen all of ‘Titans’ elements before (tough-love teacher whips teens into shape, a small town learns to let go of prejudice), Denzel Washington’s command presence holds everything together and lends gravitas to the unabashed idealism on display. 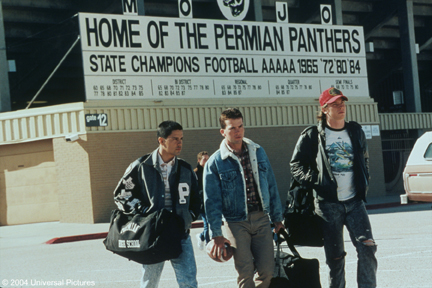 2. Friday Night Lights
As we all know, everything is bigger in Texas and apparently that goes for existential despair as well as stadiums. Digging beneath the spectacle and adrenaline rushes of gridiron action, this 2004 film – and the TV series it inspired – dares to look beyond the championship game and ask ‘what will become of them?,’ with the answers ranging from troubling to downright disheartening. Extra points go to Tim McGraw for his moving role as an abusive father consumed with disillusion over his post-graduation life. 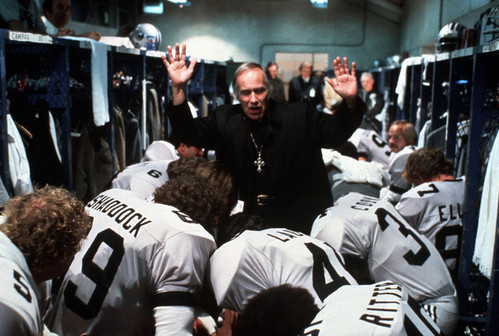 3. North Dallas Forty
This oft-overlooked ‘70s flick follows the debauched misadventures of Phil Elliott, a devil-may-care Wide Receiver for a fictional Texas pro team. Where most sports films treat their subjects with suffocating reverence, ‘North Dallas Forty’ dares to smirk at all those involved with America’s second-most-favorite pastime and provides a much-needed counterbalance to the endless stream of ‘underdog gets a shot at playing pro’ sports flicks that Hollywood continues to crank out.

4. Brian’s Song
This made-for-TV movie (which pulled of the still-unbelievable feat of getting a theatrical premiere after its TV broadcast) follows the true story of running back Brian Piccolo’s battle with cancer and his friendship with Hall of Famer and fellow running back Gale Sayers. ‘70s stalwarts James Caan and Billy Dee Williams star as Piccolo and Sayers respectively and help illustrate how the most gripping drama sometimes happens off the field. 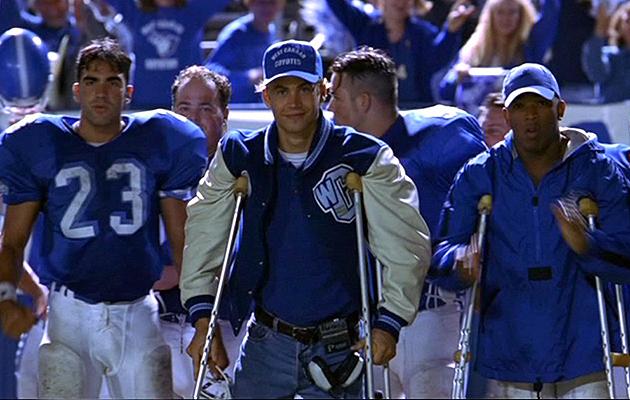 5. Varsity Blues
A proto-‘Friday Night Lights’ from the ‘90s, this coming-of-age film follows restless teens in a small Texas town caught between escaping their tiny worlds and surviving the merciless and ultimately dangerous leadership of their hardnosed coach. Like many recent sports films, the message isn’t so much ‘let’s get inspired’ as ‘how far is too far?,’ though the climactic locker room showdown provides a much-needed sense of hope in the face of corrupt authority.