Every Mom gets to be a hero to her kids, but movie Moms need to bring a little extra something to the table. Here are some of our favorites. 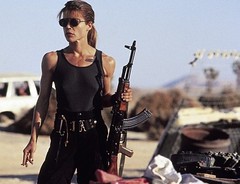 Having a child changes everyone’s world on a personal level, but mothers in the movie universe frequently endure the added stressor of knowing that their offspring will, for better or worse, one day change the entire world. If knowing that her son will one day lead humanity in a war against robot death machines ever gave Sarah Connor pause though, you’d never know it from watching her blast her way through the second "Terminator" movie. Neither a corrupt mental hospital nor a shape-shifting mechanical assassin prove any match for her steely determination to save humanity from nuclear oblivion.

Ask any mom if she’d like "super-flexibility" as her superpower and you’ll probably get an ecstatic ‘yes.’ Yet as useful as Mrs. Incredible/Elastigirl’s powers prove to be, they’re often no match for the everyday dilemmas and setbacks of suburban life in "The Incredibles." Ultimately, her love for her family saves the day and helps both her children and her husband unleash their full potential, proving that maternal love makes all the difference even in a world with giant robots and supervillains.

In a world where fertility has dropped to zero, what’s the world’s sole unwed, teenage mother to do? In the case of Kee in "Children of Men," the answer is "trust no one and stay one step ahead of everybody." As the fascist government and extremist radicals both try to use her pregnancy for their own ends, Kee fights to give birth on her own terms and ends up literally holding the future of humanity in her hands. 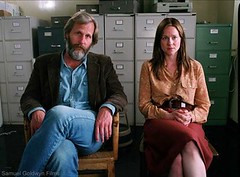 4. Joan Berkman in "The Squid and the Whale"

Being a parent to growing boys can be a thankless job, especially if you’re going through a divorce and one of them idolizes your narcissistic ex. As the matriarch in the fracturing Berkman clan, Joan’s struggle to care for her increasingly troubled sons perfectly illustrates the dilemma between love and discipline that all mothers face. In one particularly gut-wrenching scene where she slaps her oldest son for giving her the finger, it’s hard not to feel her disappointment and anger or cower a little as she silently accuses her son with a cold stare. 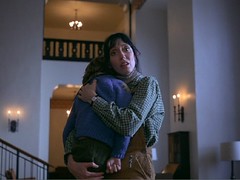 5. Wendy Torrance in "The Shining"

It’s next to impossible to raise a family in a horror movie. If masked psychopaths aren’t trying to tear your family apart, there’s some unseen menace waiting to posses your children or an alien ship about to abduct your significant other. Yet the monster that Wendy must face doesn’t come from outer space or beyond the grave, but from within her own husband when Jack Torrance loses his sanity and goes on a murderous rampage. When faced with this unthinkable horror however, Wendy manages to protect her son and even draws first blood in the still-terrifying bathroom scene, an accomplishment that surely puts her in some kind of pantheon for ‘scared women in horror films.’