1. The Thin Red Line
It’s been said that any war film inevitably ends up making warfare look exciting, but Terrence Malick’s poetic, elliptical examination of the Guadalcanal campaign makes it look more like a spiritual crisis than a thrill ride. Released the same year as ‘Saving Private Ryan,’ Malick’s Altman-esque tale floats between characters and brushes up against big ideas with all of the visceral intensity of a cloud crossing paths with the sun, coating the sporadic action scenes with navel-gazing voice-overs and frequently cutting away to the flora and fauna surrounding the invading humans like a defiled paradise. Anyone looking for another ‘Rambo’ flick will be sorely disappointed, but for artistic, contemplative portraits of combat, this one’s hard to beat. 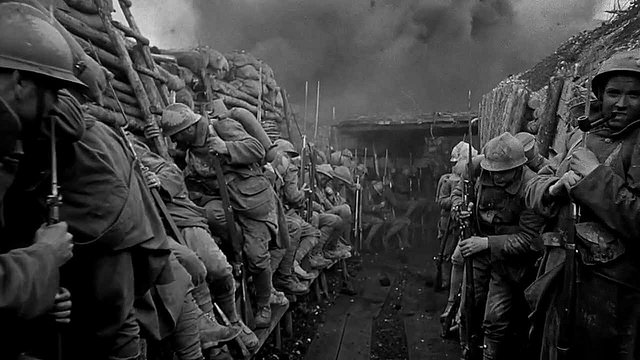 2. Paths of Glory
‘Full Metal Jacket’ may be the quotable one, but Stanley Kubrick’s other, less popular war film cuts deeper with its unflinching examination of corruption and scapegoating in WWI. Though it contains several well-executed battle scenes, Kirk Douglas provides the real fireworks as a Colonel trying desperately to defend soldiers court martialed for cowardice after his inhumane superiors order a suicide attack on an unreachable enemy position. Douglas’ hard-as-nails performance, as well as the core theme of innocents paying for their superior’s arrogant power plays, lends the film a timeless quality, so much so that producer David Simon cited it as an inspiration for ‘The Wire’ nearly 50 years after it premiered. 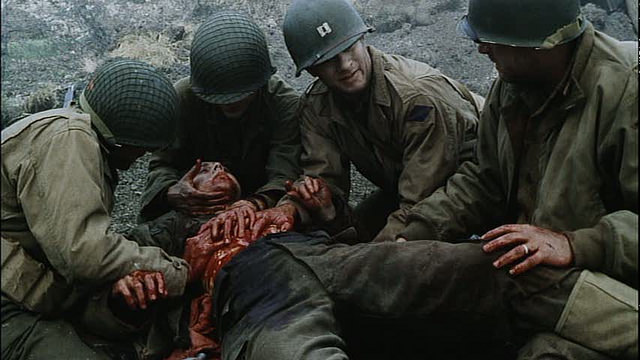 3. Saving Private Ryan
The big one. Like ‘Schindler’s List,’ it’s become more than a movie and become something of a sacred rite of cultural passage. As a work of art though, its battle scenes stand as the most harrowing ever committed to celluloid and its performances capture the simple humanity of ordinary men caught up in the madness and chaos of war. Though no war film can truly embody the experience of war, this one may just embody the war film genre with its mix of shamelessly-uplifting humanism and gritty, no-holds-barred realism.

4. Enemy at the Gates
An unfortunate side effect of getting most of your WWII history lessons from Hollywood is that you fail to realize its true scope. To put it more bluntly, you probably see America as the loner cop with flawless aim and everyone else as the reluctant partner who exists to provide covering fire and maybe quip a one-liner once in a while. Thankfully, this European-American movie about a sniper fighting in the Battle of Stalingrad boasts Hollywood-caliber production values and an all-star cast that includes Jude Law, Joseph Fiennes, Rachel Weisz, Bob Hoskins and Ed Harris. Though the love triangle story may feel clichéd, the epic battle scenes and tense sniper duels will have even the most jaded xenophobe rooting for the Russian.

5. Inglorious Basterds
Where most WWII films at least put up a façade of somberness, Quentin Tarantino’s rollicking shoot-em-up treats the largest conflict in human history like a nihilistic playground ripe for explosions, verbal acrobatics and humor as black as a well-polished jackboot. Beneath the crowd-pleasing action however, Tarantino slyly inverts or skews nearly every trope that’s become ingrained in the war film genre, from the ‘Helpless Jew’ to the ‘Nazi Brute’ to the ‘Honorable American GI.’ By the time the unhinged, realism-obliterating ending rolls around, he’s managed to both mercilessly pillory and completely re-conceptualize what might just be the quintessential American genre outside of the Western. To some, it might look like sacrilege, but for plenty of cinephiles, it felt like a mighty liberation after years of a ‘Band of Brothers’-inspired aversion to irony.