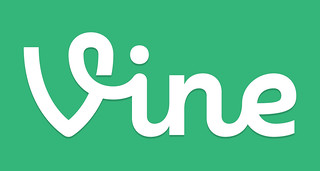 Twitter’s video app has millions of users, vibrant pockets of artistry and heavyweight advertisers who want in on the action. But what make’s this simple, attention-shortening app so special?

Quick! – Whats the quickest way to get a video online and in front of all your friends? If you said upload to YouTube, heres your stack of magazines and a black-belt Sudoku book; let us know when that spinning-wheel-of-death decides to stop ruining your life. If you said shoot a clip with my handy-dandy smartphone and Facebook that baby, youre getting warmer, but still several precious microseconds short of peak performance. 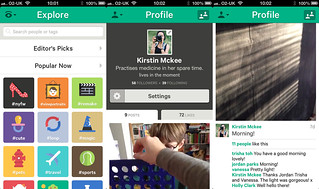 If you absolutely have to make a video and want it online at the exact instant youre finished recording it, then theres only one correct answer: Vine. Vine, an app recently purchased and promoted by Twitter, lets you record videos on its in-app camera and uploads them straight to your profiles feed the second you finish them. The catch? Vine imposes a strict six-second limit for all of its content.

Despite the limitations, its hard not to love Vine. The six-second cut-off point, although it encourages an attention span of microscopic proportions, ensures that even the lamest clip wont waste your precious moments and forces you to get your point across in record time or risk going out with an unflattering, mid-sentence freeze frame. Unlike smartphone cameras, Vine lets you become your own editor by giving you Pause and Record options, effectively allowing you to turn six seconds of screen time into a well-executed and expansive short film (provided you have a natural flair for performance and dont hit record too early, of course). A niche for stop motion clips already exists and shows great promise as an outlet for artists and filmmakers.

Given Vines meteoric success (its attracted over 40 million users, as of last month) and the new avenues for creativity which it provides, major companies have understandably wasted no time trying to get on board with it. In March, a tweaser trailer for The Wolverine premiered on Vine as the first official sneak peak for the summer blockbuster. Earlier this month, Dunkin Donuts became the first major chain to run a commercial made entirely on Vine when it premiered a clip of a coffee cup flipping a quarter on ESPNs pregame show for Monday Night Football. Virgin Mobile soon followed suit by running a 30-second spot made up of consumer-produced Vines on Comedy Central and MTV and other companies appear to be prepping Vine-centered campaigns for the near future as well.

With no end in sight for the Vine zeitgeist, creating content for your consumers through the app could prove valuable in the coming years. If you already have followers on Twitter, Vine represents a convenient extension of your dialogue with them and an opportunity to add sight and sound to your advertising vocabulary. Check out the clips below if youre curious about whats possible with Vine.